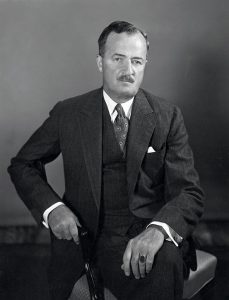 Since 1933, the governors of Delaware have proclaimed December 7 as Delaware Day in honor of that day in 1787, when Delaware became the first state to ratify the Federal Constitution, thus making Delaware the first state in the New Nation.

Thanks to the efforts of a wise Delaware educator and legislator, Mr. E. Paul Burkholder along with the Rotary Club of Georgetown, a statewide effort was made in 1933 to have December 7 established as Delaware Day. He and this Rotary Club secured more than 6,000 signatures on petitions, which were presented to the Governor and to the legislature. As a result, a House Joint Resolution was passed and approved on November 29, 1933. The first Delaware Day celebration was held December 7, 1933, by proclamation of Governor C. Douglass Buck.

History of Delaware’s Signing of the Constitution

On September 17, 1787, delegates to the Constitutional Convention in Philadelphia held their final session and then made ready to return home. It had been a long convention—they had been meeting since May—but in the end the delegates had hammered out a new constitution for the young republic. The next day, Nicholas Ridgely of Dover wrote to a Philadelphia merchant that because of the work done by the Constitutional Convention “The expectations of everybody are raised and permanency in government is once again hoped for.” Before the high hopes of Nicholas Ridgely and thousands of other Americans could be realized, however, the proposed constitution had to be ratified by nine of the thirteen states.

Since 1781, the Articles of Confederation had been the constitution of the United States, but the Articles gave so much political power to the individual states that the national government was rendered unimportant. This development was increasingly unacceptable to Delawareans and so many other Americans. In fact, a frustrated George Read, one of five Delaware delegates to the Constitutional Convention in Philadelphia and a forceful advocate of a strong national government, went so far as to suggest the abolition of all state governments.

The proposed constitution that was submitted to the individual states for ratification in 1787 was not a revision of the Articles of Confederation, but rather an entirely new document that gave considerable power to the national government. In many states, the supporters of the Articles worked hard to block ratification. In Delaware, however, there was no overt opposition. Indeed, all of Delaware’s normally combative political factions favored the new constitution.

On November 26, 1787, Delaware elected thirty delegates to a state convention to consider ratification. On December 7, 1787, the delegates, meeting in Dover at Battell’s Tavern (also known as the Golden Fleece Tavern) unanimously made Delaware the first state to ratify the United States Constitution. Delaware’s willingness to seize the initiative was very important. As a contemporary French observer living in New York City wrote, “Delaware has the advantage of having given the first signal of a revolution in the general government of the United States, and its example can only produce a good effort in other state conventions.”

The “good effect” was soon evident. By June 21, 1788, New Hampshire, became the decisive ninth state to ratify. Delaware had led the way in making the United States Constitution the law of the land.

The Continental Congress adopted the Constitution of the United States on September 17, 1787. An official copy of the document was presented to the Delaware Assembly by the President of Delaware, Thomas Collins, on October 24, 1787, along with four petitions containing 171 signatures urging ratification.

On November 10, 1787, both branches of the Delaware Legislature adopted a bill which called for a State Convention to be held in Dover, Delaware, on December 3, 1787, for the purpose of considering the ratification of the new Federal Constitution. This piece of legislation provided for the election of ten persons to be selected in each county to attend this convention.

The elections were held and thirty men were chosen to meet in Dover and decide the action Delaware would take on this important matter. History tells us that all the elections were orderly with one exception—the one held in Sussex County. here we find, from the words of a political pamphleteer of the time that armed men prevented a fair election.

Delaware was such a small state in 1787, and many were afraid that the much larger states surrounding Delaware would take advantage of her. Others believed that the only way to survive as a small state would be to join in a union with the larger states. Fortunately, our leaders of Delaware were intelligent men and made the wise decision to ratify the Constitution as soon as possible. Rhode Island, on the other hand, was another small state in similar circumstances, but it was the last of the 13 states to ratify the Constitution.

Thus, Delaware—the “State That Started a Nation”—will honor its forefathers on December 7 of every year for their wise decision. This decision gave Delaware its proud heritage which will be upheld as the citizens of Delaware continue to lead the Nation.